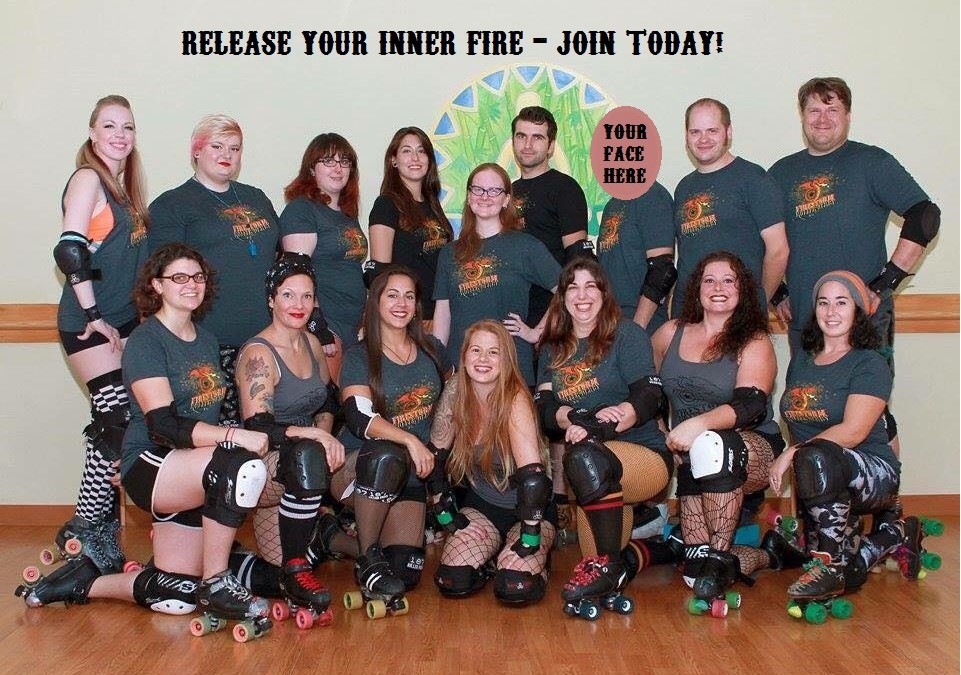 The Count was hard to track down to get a written bio or statement about her involvement in roller derby, so the following is the written transcript of us chatting about why she joined roller derby:

Count: “I don’t know if it’s what motivates me, but I was just like, ‘I’m going to do this,’ and then I did it [roller derby]. And then, I just kept doing it; but once I stopped, I was like, ‘I don’t know what to do with my life anymore.'” 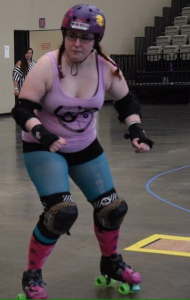 Rok: But who told you it was a thing?

Count: “I always knew it was a thing; I always wanted to do it. Kyle started with Man’s Ruin, and then Dana started, and then they were like, ‘Oh, you should come do it.’ But, I’m bad at sports; and they’re not bad at sports. But they were like ;you should do this,’ and I always wanted to; and well, I just kept doing it with no expectation of doing better… you know what I mean? Because like, I’m not good at sports; and I just going to keep doing this until I do better, but I have no expectation of when that better is going to be. It can be any time that I was better. For the first six months, I could barely move forward.

Rok: But you made so much progress, like when you go slow, you can now transition and skate backwards.

Count: “I feel like there a lot of people who are pushers who I think got annoyed with me because I wasn’t forcing myself to get better, because I didn’t want to get hurt. To some people, I wasn’t progressing fast enough. You don’t magically do better.”

Count Pinkula played her first game at CCRE 2015, after practicing skating for well over a year.